Smartphones have gained immense popularity in recent times with the growing use of the internet. We carry out our everyday chores through smartphones with the assistance of applications operating on them. The most common example involves finding our routes in a new city with the help of GPS. Also, smartphones act as mini-computer that perform internet browsing, and for this, we use a platform called the operating system (OS).

So, smartphones have the two most common types of OS, Android, and iOS. In recent times, Android has become the most common platform used in India with more than 80% of smartphones running on it. The main reason for such dynamic use of the Android system remains its functioning with no involvement of any third-party portals.

What is Android Development?

Interestingly, the current job market of Android application developers is constantly growing at a rapid pace. Another reason for Android phones' growth incorporates their simple, secured, and smart working techniques. So, not only in phones, Android applications have accomplished their growth in watches, TV, cars, robotics, medical domain, and other fields. It further modified the digital life of people and expanded the scope for an Android developer. So, these Android developers apply various programming languages and tools to allow such customization in every individual by developing any application.

In recent times, Android application development for businesses is expanding itself, to wearable, automobiles, and other areas. Also, applications like Facebook, Flipkart, Whatsapp, Instagram have brought every corner of the world into our hands. In addition, according to a report, Android tablets have outnumbered Apple iPad by more than 34 million and have now garnered the interest of a million smartphone users. It even powers hundreds of millions of mobile appliances in more than 190 nations globally.

Android-based applications are easy to use and more custom-made compared to iOS applications. Also, Android has become an open platform for easy download as it offers new publications with no issues. In addition, we may use Android for SMS different messaging applications with easy accessibility to the Android App market. It makes any Android application economical and cost-effective, with booming job opportunities for its developers. 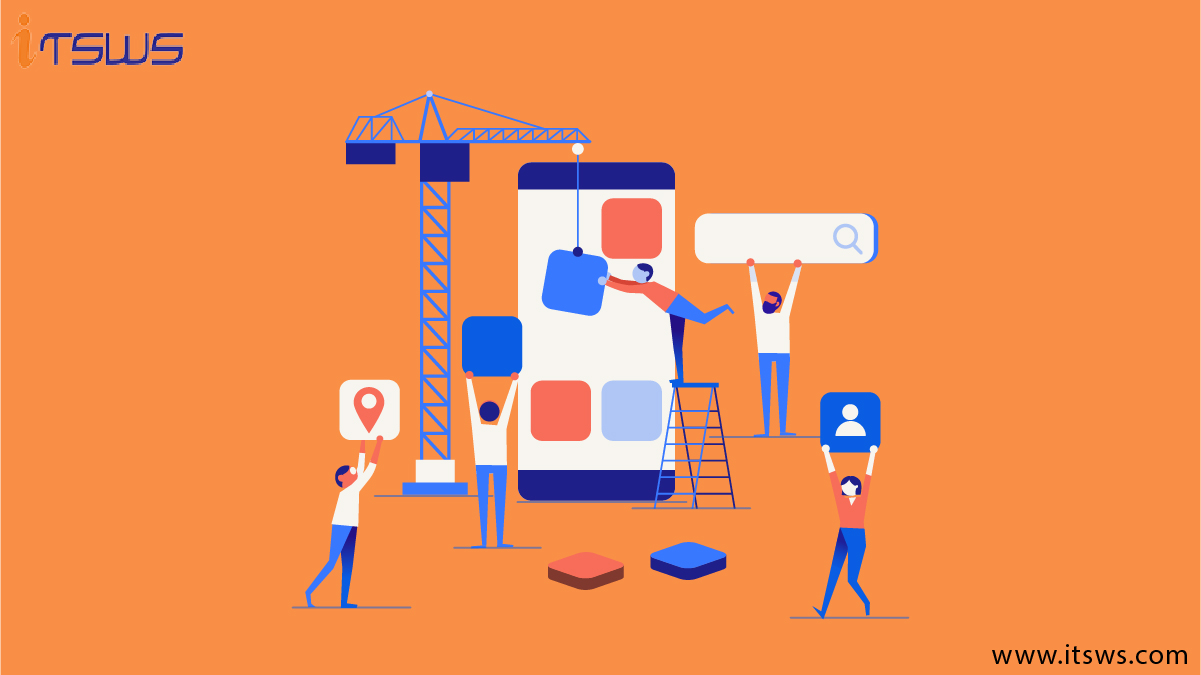 Android-based applications are easy to use and more custom-made compared to iOS applications. Also, Android has become an open platform for easy download as it offers new publications with no issues. In addition, we may use Android for SMS different messaging applications with easy accessibility to the Android App market. It makes any Android application economical and cost-effective, with booming job opportunities for its developers.

The innovation in Android-based applications now remains at its peak and will continue in the future as well due to its popularity. So, we have Androids in various industries, with the health industry revolutionizing this application to a large extent. In addition, maps on Android offer great use for detecting the location along with Android payment and security. Again, Android offers face recognition and fingerprint detection that effectively help people. With this, we may notice some future advancements for Android-based devices like Android hardware, Android message, Android on Television, Android on wearable, Android for automobiles, and many others.

Along with this, Android-based applications offer the effortless operation of all types of electronic devices. Also, some of the upcoming innovations for Google Android involve an indoor positioning system, adaptive icons, multi-screen capability, dual recordings, 3D scanning, and many more. Such technologies would observe their presence in the future for several years through constant improvisation. Also, such intelligent Android applications add versatility to the smartness of different devices. In short, the increase in the ratio of android users has highly influenced the usage of android applications. In addition, android platforms have increased the distribution ratio of goods and services in eCommerce and various other domains.

Meanwhile, media & entertainment proves to have greater advantages through Android applications. It even offers several benefits to companies and businesses as enterprises may conduct their meetings on Smartphones through various Android applications. Also, we may now notice all E-commerce, telecommunication, and lots of other applications with different functionality arriving into the market. Thus, the customer has one of the most significant benefits of their anytime access to these applications, with no interaction from any third party.

In India, companies like Flipkart, Amazon, Myntra, Snapdeal, Paytm, and others witness consistent growth in their businesses with millions of dealings. But, for this to happen, they require a large team to administer and add features to their applications. However, other businesses too demand employees with high experience to handle different Android applications available for their company. So, if you are interested in making your career as an Android developer, then you must go for it as your future remains highly secured. But, you should keep yourself updated with all changes that each Android application should have according to the changing trend.

In short, a mobile application developer has the responsibility of designing and building impactful mobile apps. Through these applications, businesses create better engagement with customers. Also, these Android application developers must have the creative skills to understand the customer’s software requirements and turn them into innovative applications. So, they develop software using programming languages and create applications on multiple platforms such as Android, iOS, Windows, and others. But, you can’t just move to such companies with no educational qualifications and experience relevant to it. Also, you must be fluent in all programming languages that would urge your employer to hire you immediately.

You should be highly competent with a minimum of a degree in software system engineering, mobile application development, or other relevant courses. Also, you must prepare some illustrations of android development as hiring administrators may ask about it. But, the most significant part of pursuing a career in Android application development involves marketable skills. You must know object-oriented programming, JavaScript, HTML, CSS, Java programming, Objective-C & C++ programming, and others. You should also have skills in other languages like game & simulation programming, mobile media promoting, mobile app portfolio assembly, database & OS fundamentals.

IT professionals with mobile development skills have witnessed significant growth in their careers. Also, the demand for careers in Android development and employers hire these developers with utmost quickness. Interestingly, both massive and tiny enterprises are perpetually employing Android application development with its increasing demands in the market. So, dedicated Android application developers may witness their career growth within a few years. They should have an eye for detail and pay close attention to every part of the application for its smooth function. Also, you may even overcome the biggest challenge of bringing the right product with an excellent user experience to the market at the earliest.

Android empowers thousands of cellular gadgets with its open-source, and licensing helps developers change the code with no limitation. It even presents an outstanding online community, support groups, and forums for solutions to clarify doubts and issues of developers anytime. In addition, application developers get lucrative salaries as it’s easy to Develop Android Applications with fewer issues arising during their development.

Also, development tools of Android applications are slightly difficult to use constructing it affordable and negotiable in Android-based smartphones. Further, Android application developers use the latest technologies and innovative strategies to gain a competitive advantage. Thus, people receive maximum functionalities at a low price by having Android-based mobile phones.

Likewise, the popularity of Android has increased manifold for their advantage to support all types of SIM. Similarly, Android smartphones permit diverse touch motions like swiping, thumping, and other activities to influence things on the screen. With this, Android would continue its legacy for coming years as it caters to a wider audience compared to iOS applications.

Scope of Android Application Development In Other Industries

Banking: Several digital announcements by the government have brought changes in the banking sector. Also, online transactions have increased manifold, with Indian people going cashless. Thus, banking application demands have increased in recent times offering Android application developers a high pay area. However, maintaining and publishing a banking app is not easy as it needs many security checks with customers’ information at risk. So, it becomes necessary for such developers to keep in mind these risk factors before developing any application related to any bank. Examples of such applications include Paytm, Phone Pe app, Bhim app, and many others.

Educational Field: Many educational industries are getting updated with online lessons with digitized India. It has become beneficial for those willing to start their career afresh by learning advanced skills or students lagging in courses due to any reason. They are just required to download some applications that benefit best for all their requirements. Also, educational applications have made it advantageous for those adults who wish to learn something new along with their jobs. Some educational applications involve TED, Udemy, Duolingo, and others.

Android application has greater scope in India with its increased popularity among people. Also, its affordability ensures further increases in its development by highly trained developers. So, if you wish to have an Android application for your company, then contact our efficient team of ITSWS Technologies Pvt. Ltd. We have highly experienced developers who perform each task with utmost dedication. Also, Android developers searching for a better job opportunity may connect with us.